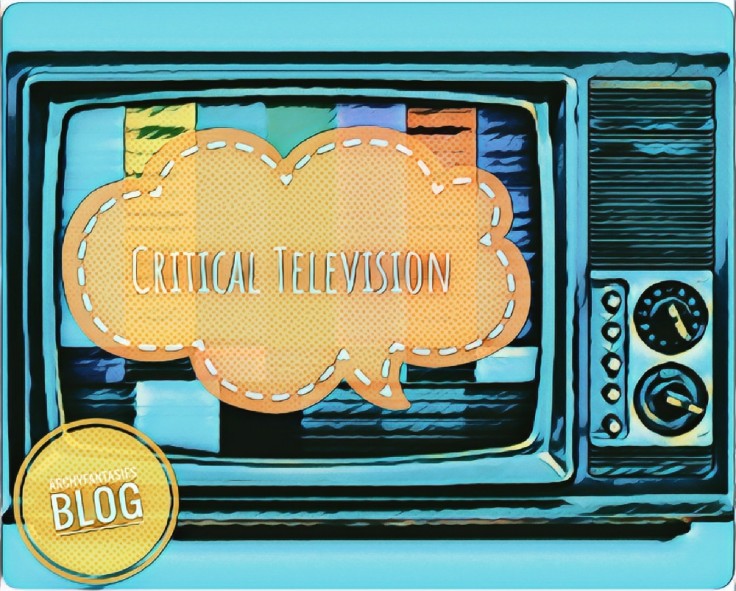 Ok, for starts let’s not slam Megan Fox for being an actress, or a model, or a woman, or any of the sexist bs I know I’m about to see over this. Yes, she was probably picked to do this show because she knows her way around the studio and how to look good on camera. It is literally her job and I will not begrudge her that.

What I am going after is the drivel her new show, “Legends of the Lost with Megan Fox”, is apparently pushing.

If you can’t tell from the title, I am responding to the USA Today Article Megan Fox fulfills her lifelong dream of becoming Indiana Jones in Travel Channel series.

The article, of course, has to remind us that Megan Fox is indeed an actress:

“Yes, you read that correctly: The “Transformers” actress, whose last role was filling in for Zooey Deschanel on Fox’s sitcom “New Girl,” is taking her love of ancient history to “Legends of the Lost,” premiering Tuesday (8 EST/PST). “

OMG Really? Am I supposed to be excited that it’s Megan Fox, or impressed that “The “Transformers” actress” is capable of doing something else?

We then move on to talk about how annoyed Fox is that no one listens to her when she’s talked about wanting to do a show like this before. All the way back in 2016 Fox was telling the Los Angeles Times about string theory and her love of alternative history.

“I don’t think acting is my ultimate passion,” she says about a week before the “Ninja Turtles” opening. “I have other skill sets and gifts that are much, much stronger that I am obligated to exercise and use. I’m really more intellectually minded. I’ve always been into alternative history, antiquities, archaeology. I’ve always been really consumed by these deep mysteries that exist on our planet that can’t be explained today by science. They eat away at me.”

In the USA article, Fox bites back a little at people who always seem so surprised at her interests. “None of those things are the things people bother reading or retaining,” she laments.

I get it. Look the world is not kind to women who stick out, and Fox does. She’s also decided to throw her hat into a very male-dominated field. Pseudoarchaeology or Alternative Archaeology is pretty much a boys club, Fox would be one of two that I can think of right off the top of my head and we really don’t hear much from Janet Wolter without her husband’s name attached to it. So I mean, if she wanted an uphill battle, she’s got it.

Sadly though, Fox is probably going to do well as long as she stays inside the prescripted lines of most Fringe beliefs. She’s got the experience and the budget to make an exciting “documentary” and a ready-made audience eager to watch.

But on to the questions.

Fox is asked how long she’s been interested in ancient history, and she tells us she took a Greek mythology class in high school. Then she is very certain to tell us she’s never been to college. I guess that means something?

Then she gets asked:

“Q: Aside from the discovery that there were many female Viking warriors, what was the most interesting thing you learned shooting the first episode in Norway?”

Ok, so female Viking warriors have kinda been a thing for a while, granted there’s recently been a controversy over the most famous of the warrior burials, but the idea of Norse women as warriors isn’t new. Just because the mainstream media doesn’t want to act like they know that, doesn’t make this suddenly news.

Fox responds that she was surprised that women were also merchants. She says this is news to her because it’s not in “our history books.” I mean, my history books taught me that. I still have several on my shelf that talk about Norse society and women’s roles in them. I will admit that they are not high school textbooks, but they are history books.

Next question was how was shooting at Stonehenge different than the great pyramids of Giza. Fox responds with how mystical and magical Stonehenge was (an attitude Jeb Cayrd has talked about in his book Spooky Archaeology) and then tells us how we don’t know anything about Stonehenge because unlike the Egyptians, whoever they were who built Stonehenge didn’t write things down. Also, even though the Egyptians wrote stuff down, they didn’t write down how they built the pyramids.

Look…The English Heritage Site has a nice history of the Stonehenge site with some pretty extensive footnotes if you want furhter reading. I found that by googling it. The Smithsonian even has a nice page on the site, even if it’s from 2008.

As for the Pyramids, Ken Feder suggests two books: Building in Egypt: Pharaonic Stone Masonry. by Dieter Arnold and  The Secret of the Great Pyramid: How One Man’s Obsession Led to the Solution of Egypt’s Greatest Mystery. by Bob Brier and Jean-Pierre Houdin.

It’s not surprising to see Fox pulling the party line of “OoooOOooo unsolved mysteries” but it is aggravating that this is going to be on live TV without a rebuttal by people who are actually qualified to talk about the topics the show picked; Stonehenge, Viking Women, The Trojan War, and of course America’s Lost Civilization (because Native Americans aren’t real as far as alternative theorists are concerned.)

Fox is asked what else she’d like to look at if there was a season 2. Fox lists off things she thinks are also mysteries like the Sphinx and the soundly debunked Shroud of Turin. She thinks the testing in the 80’s wasn’t handled well. Luckly, there’s been studies this year that further debunk the Shroud. 628-year-old fake news: Scientists prove Turin Shroud not genuine (again) and  New study suggests Shroud of Turin a fake, supporting study retracted

She’d also like to do the Nazca Lines, because no one knows what those are for. (Well I’ve got a 3 part series for you!)

Overall, I’m looking forward to this series, both to see how bad it’s really going to be and to see how it’s received. Also, I plan on well…critiquing it as I watch. So hopefully we can all experience this together, and maybe talk about how we as archaeologists can confront this, even when don’t have Travel Channel as a platform.

If you’d like to support the Podcast or site, consider donating to us on Patreon or buy us a  Ko-Fi. Either option helps us out.

Grab a t-shirt or coffee mug from our Swag Store on Zazzle.

You can follow us on twitter @Archyfantsies, Jeb J. Card @ahtzib ,  Ken Feder @fiftysitesbook or look us up on Facebook. You can reach us by email at ArchyFantasies@gmail.com

One thought on “If by Indiana Jones you mean a fake archaeologist, then yes Megan Fox is the new Indiana Jones.”