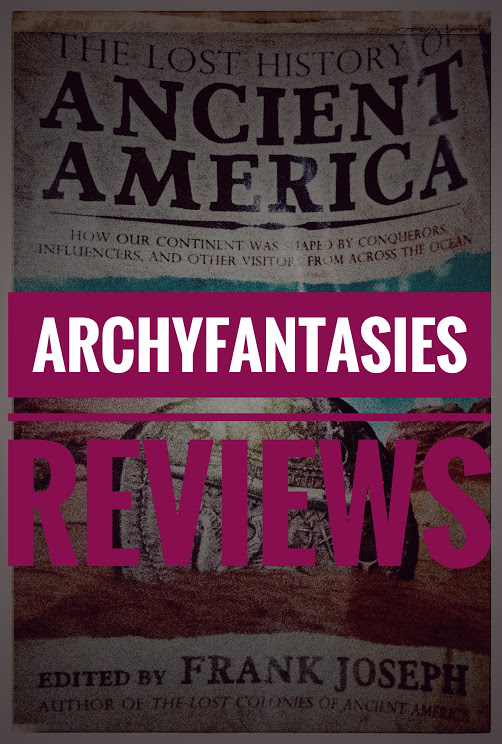 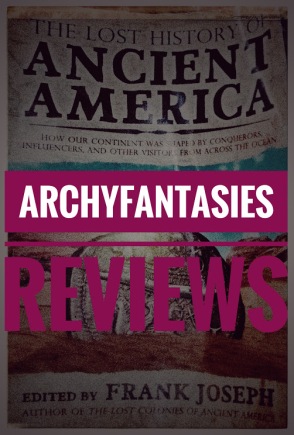 The introduction to Section 1 of The Lost History of Ancient America opens with a complicated statement:

“Perhaps never before has so much incontrovertible evidence in so few words establishing beyond question that humans reached and occupied America long before 1492, …” (Joseph 2017:13)

Let’s unpackaged this statement a little. ‘Incontrovertible’ is a bit strong. Most of the evidence offered in this section is unreliable or proven false. Clearly, there is room to argue the validity of said evidence. To even call some of this ‘evidence’ is a stretch, but we’ll address this as we come to it. Yet, this opening was a misplaced humble-brag. The real impact of the opening statement is in the following description:

This small string of words encapsulates the four articles reprinted here. They are brief, and for the most part lacking any explanation on why we should trust them. Not just in the lack of credentials of the authors, but also in the strength of the sources cited, if they cited at all. There’s so little citation in these, one is right to wonder if it’s all made up.

This little snippet also illuminates another problem the fringe communities seem to encounter with the professional world; the wordiness of academic publications. Even the briefest of reports are often filled with jargon and five-dollar words. There’s no particular reason for this beyond the professional environment and the concept of writing to one’s peers

As a professional archaeologist, I should expect that other professionals who are reading my writing should be able to understand the meaning of my words. This does, however, create an issue when the public comes in contact with such writing. Unfamiliarity with the field causes misunderstandings when trying to read archaeological jargon. Even simplified concepts that seem basic to us, but are much more complicated in practice. Is there a solution to this? Perhaps. Should we as professionals reduce or remove our professional language to make it more accessible to the public? No. What we should be doing is providing adequate explanations to the public as well.

All that aside, Joseph’s lauding of “so few words” speaks volumes to the Fringe’s ideas that simple language is best. They see the use of big words, detailed concepts, or long reports akin to obfuscating information. Yet, Joseph’s and his cohorts, over-simplification of language and reporting creates articles that are void of content, analysis, citation, and evidence. Readers are simply told what is and what isn’t, and not offered any explanation on why these things could be true.

Lastly, in the opening statement, we have:

“… that humans reached and occupied America long before 1492 …”.

This is an important concept to keep in mind as we work through this section and the book in general. The main argument of the book is that mainstream archaeologists don’t believe that anyone made it to the Americas before Columbus. That we are so invested in this belief that we actively hide any evidence that contradicts it. This argument is a problem. It overlooks completely, the presence of Native peoples, reducing them to nothing more than background noise to the clamor of all the white European, “transoceanic travelers” that Joseph and his cohorts believe came here long before Columbus, the Vikings, and in some cases the Native American’s themselves

After this dubious introductory sentence, the authors of the articles reprinted in this section are introduced. Joseph makes an attempt to provide credentials that make each author sound like an authority in their subject. A deeper look into each author shows potential problems with these claims of authority.

Frank Joseph is listed on the back of the book as a veteran scuba diver and amateur underwater excavator. It even mentions his time as past editor of Ancient American magazine (Joseph 2017).There are many issues with Joseph’s background. These issues shouldn’t be ignored when considering this edited volume. As I’ve already stated, however, they are not to focus of these critiques.

Dr. Steven E. Jones is a retired physicist from Brigham Young University (Joseph 2017:14) known for his 9/11 Truther theories about Muon-Catalysed Fusion melting steel beams and for his ideas about Cold Nuclear Fusion. He’s criticized by his peers for his ideas on the above topics. Archaeologists find his ideas about ancient American horses proving the validity of the Book of Mormon invalid as well.

Carl L. Johannessen is a professor emeritus of geography from the University of Oregon (Joseph 2017:14). He refers to himself as a Biogeographer on his website Archives of Cultural Exchange.org. He appears very invested in the idea of transoceanic contact. Archaeologists and botanists find his ideas about transoceanic trade unsupported by evidence.

Julia Patterson (1931-2015), is presented as a former professor of archeology and anthropology at London College and the University of Illinois, Urbana (Joseph 2017:14). I can’t find anything about her through my usual sources. This does not negate the book’s claims of her credentials. It is difficult to check her expertise on any particular topic, however. I can find no mention of her at either institution nor can I find any academic papers with her name on them. If anyone is familiar with her or her work, please feel free to send me a link or file, and I will update this section.

After introducing the sections authors, Joseph finishes off the section by suggesting that the Hopewell culture is somehow controversial. He makes the claim that the Hopewell people are racially and culturally different from the “indigenous societies” because they have more gracile cranial features and what appears to him to be a more elegant and sophisticated society (Joseph 2017:14). There is no reason to accept this statement, and I am unaware of any actual controversies about the Hopewell culture that run along these lines. However, it’s not the first time I’ve seen a prehistoric native culture marked as ‘other’ by the Fringe.

Joseph’s closing statement serves two purposes as far as I can tell. Firstly, to create doubt in the mind of the reader, suggesting that the Hopewell culture is in question academically and there is a controversy about it being fully ‘native’. Secondly, to create a space in prehistory that might be populated with non-native people. Said people must have originated from some other location, thus creating room for the possibility of transoceanic travelers to be real.

It is from this section that we begin delving deeper into the meat of the book itself. Keeping in mind that the purpose is to provide us with incontrovertible evidence of transoceanic travelers in America’s prehistory.

Chapters in this section:

5 thoughts on “Transoceanic Flora and Fauna, Not Just Swallows with Coconuts.”